The news of Famous Nollywood Celebrity, Actress Destiny Etiko who was alleged to have received a brand new Toyota Prado Landcruiser from the MD of Belema Oil, Tein Jack-Rich, may have followed a wrong path.

Emerging facts have proven that the gift to Destiny Etiko may have been from the former sacked MD and not the Founder and President of Belema Oil.

The malicious information making rounds from popular blackmailing blogger Gistlover are mere false reports and targeted at tarnishing the image of the vibrant and impact-making Billionaire Oil Magnate. 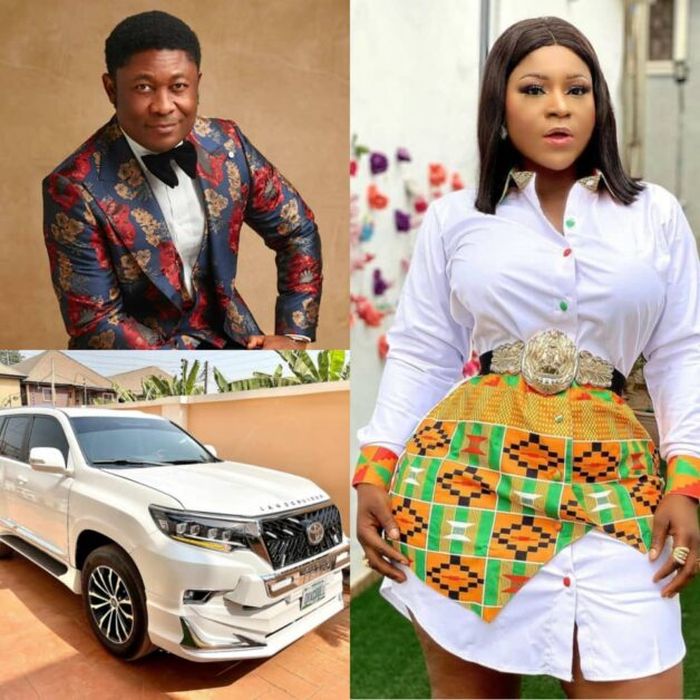 According to a post to clarify the situation, the Founder of Belema Oil, Mr Tein Jack-Rich, stated that great news and achievements for societal advancements are not given widespread publicity, instead, false propaganda are being sponsored to discourage prospective visions for those in critical need.

He further stated that he has never seen such faces before, heard of the names and has no such closeness in magnitude with Actress Destiny Etiko.

Mr. Tein Jack-Rich stressed that he has never gotten calls and great spreads of his visionary activities for the prosperity of communities and the nation entirety. 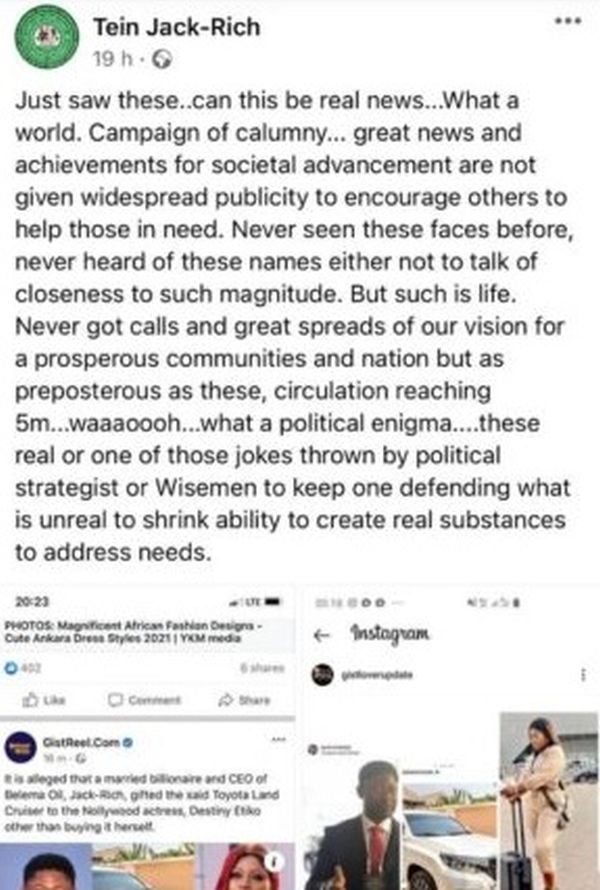 He noted that it was a mere political enigma, stating that it is unbelievable, as he noted that malicious claims where perpetrated by politics or wisemen to keep defending what is unreal or unthinkable, instead of creating real substances to address needs.

In a reaction from Actress Destiny Etiko, she cleared the air by emphatically stating that she has never met the MD of Belema Oil and does not even know whom he is.

In her bitter expression, she swore with the life of her mother and cursed those who are behind the malicious allegations.

However, persons across the world have continued to react to the malicious story which reached over 5million views.

From investigated reports, the gift was provided to Actress Destiny Etiko by the former sacked MD of Belema Oil and not the Founder and President of Belema Oil, Mr. Tein Jack-Rich.

My Aunt’s Husband Is A Monitoring Demon, Lady Reveals