Nollywood actress Mercy Aigbe and other netizens have reacted to a photo of former Nigerian president Olusegun Obasanjo kneeling and bowing before the new Olu of Warri, Ogiame Atuwatse III, which is making rounds online.

Amidst their age difference, Obasanjo was kneeling before the 37-year-old new monarch generating reactions online.

Meanwhile, this is not the first time Obasanjo is seen paying such respect to a reverend monarch.

In March 2020, the 84-year-old former president was captured prostrating for a year 59-year-old Agura of Gbagura in Ago-Oka, Abeokuta, Ogun State, where he also paid homage to the new king.

Reacting to the photo Mercy Aigbe and other social media users applauded Obasanjo saying that nothing beats tradition. 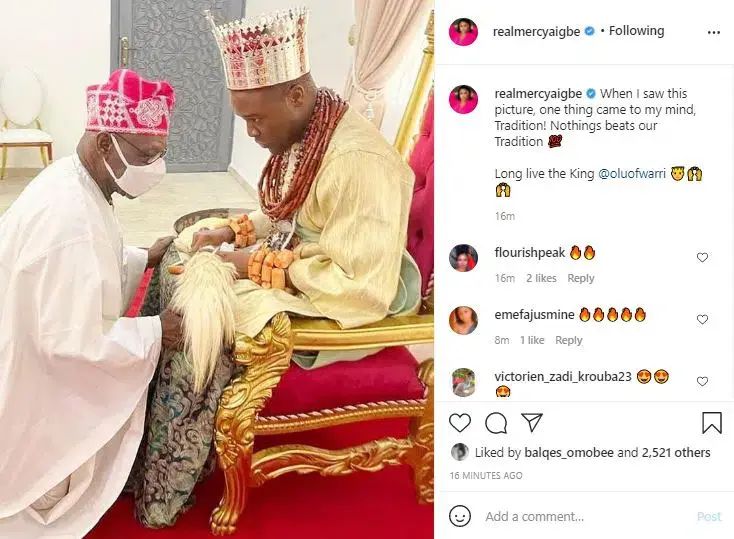 Tags:blog
share on: FacebookTwitter Google +
previous article
Nigerian Kidnappers, Bandits Rake In ₦20 Billion In 500 Attacks (Read This Analysis)
next article
NL LESSON!! Why You Must Not Marry & Travel To The United States With An Igbo Woman (See Why)