A Nigerian national has been arrested in Msallata town, northwestern part of Libya for the alleged murder of another foreigner.

According to local media, the Nigerian allegedly killed the foreigner, stole his money, and tried to escape the town disguised as a woman.

The killer disguised himself as a woman in an attempt to escape from the town” the report says. 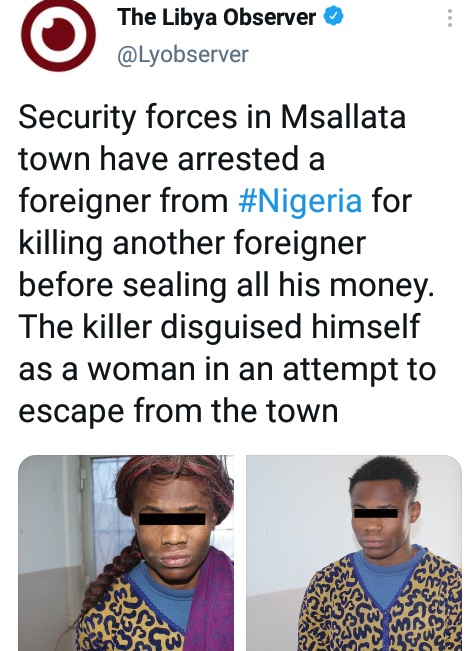 SEE WAHALA!! Angry Husband Kills Imam He ‘Caught In Bed’ With His Wife In Niger State